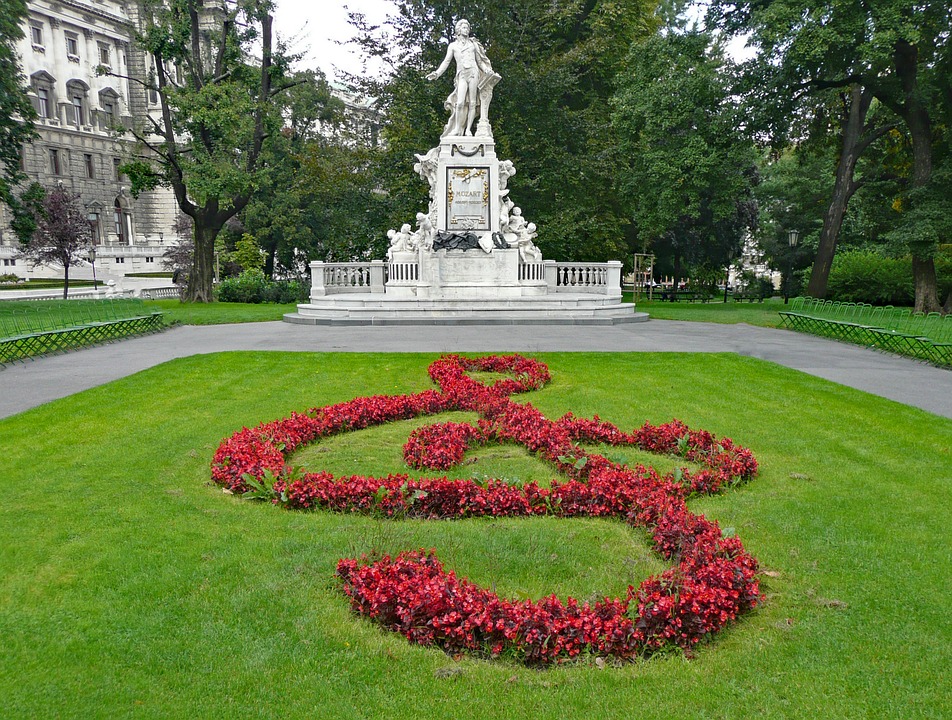 “Vienna, Vienna, you, the one and only, should be the city of my dreams” recites a classical symphony by the Viennese Rudolf Sieczyński, a composer of Polish descent known for writing Wienerlieder, traditional Viennese songs in the Viennese dialect, depicting the city’s everyday life. This musical genre expresses the mentality of Viennese folklore, steeped in nostalgia for a glorious past, idleness for a comfortable present, self-confidence slanting towards arrogance, and a constant Weltschmerz, the well-known “Wiener Grant” (Viennese crankiness), which characterizes the soul of every Viennese. At first sight, this acerbity might seem disturbing but, at the same time, its authenticity raises a relieving smile in every keen observer. Moreover, the good manners of the Viennese gentlemen, a mix of old-fashion, gallantry and well-meaning pandering, will overthrow this defensive cynicism and even make it attractive. Attentive travelers will sense the Viennese spirit in every corner of this regal city. 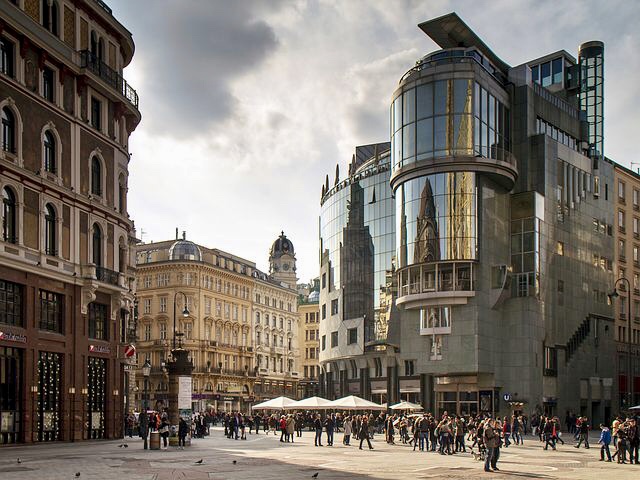 And where else to start this tour of the Viennese flair, other than at the Opera House? Lyric lovers and occasional music affiliates can attend Giuseppe Verdi’s “La traviata”, “Salome” by Richard Strauss or watch live performances for free from the Opera’s video screen outside the facility during summer. After that, take a stroll on the crowded Kärntner Straße, surrounded by shops, boutiques and cafés and be embosomed by the noisy bustle, so atypical for this calm capital city. Enjoy the offer of homologated consumption-oriented comforts from different Austrian and international brands and visit Steffl department store for some large-scale shopping. Then, have a fancy drink at the Sky Bar, a lounge bar and restaurant situated on the last floor of the building, while enjoying a stunning view over the city’s silhouette. 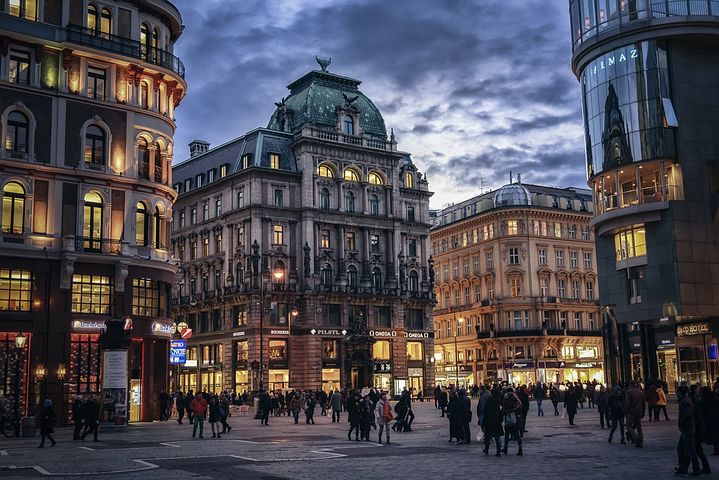 Continue your walk! Next stop: Stephansplatz. While reaching the end of Kärntner Straße, slowly recognize the imposing Südturm (South Tower, 136m) and the multi-colored tile roof of Stephansdom Cathedral, the most important religious building in Vienna. This Romanesque-Gothic cathedral opens its doors to visitors every day from early in the morning until late in the evening. Once inside, the activities are various. Visit the South Tower, with an observation deck that can be reached after climbing a stair with 343 steps, a challenge that is worth the view. Those who are not in the mood for physical activity, might visit the campanile and its Pummerin, the biggest bell of the cathedral. Situated in the Nordturm (North Tower), the belfry is accessible through an elevator that lifts you up to another breathtaking panorama. Enjoy the gothic atmosphere of the cathedral’s interior, sullen and mysterious, and light a candle or meditate in its praying corners. Visit the cathedral during the night and attend one of its daily classical concerts. Parked to the right of the cathedral are the horses of the Fiaker (horse-drawn four-wheeled carriage, also used to describe its driver), snorting, relaxing, and waiting for the next ride on part of the Ringstraße, the ring road encompassing the inner city of Vienna. For those aspiring to the classical Viennese flair, a carriage ride is a must. Slowly, this traditional symbol of Vienna is disappearing due to a change in interests, animalism and law prohibitions. Therefore, take a shot. 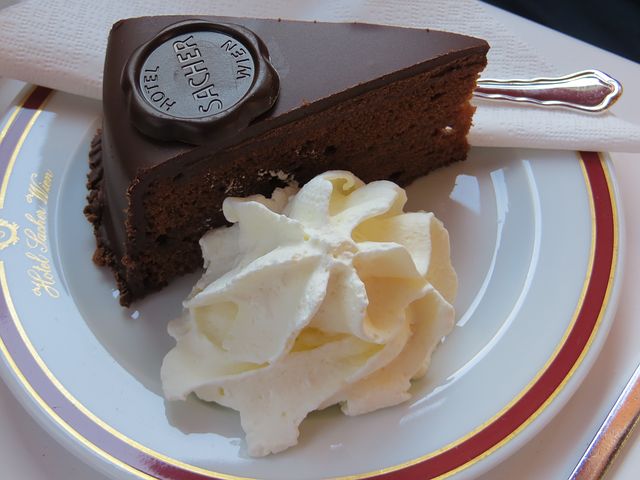 Visiting a new city, and all the walking related to it, might make you hungry and it is hard to decide where to eat when being surrounded by a multitude of touristic restaurants and bars. So, choose among the following three options, all of them offering a different and true local Viennese experience. The first one addresses sweets affiliates: have a piece of cake at Aïda and catch a glimpse of the culture of Viennese cafés. This Viennese cake shop franchise garnished with pink signs and an interior design that dates back to the 1950s-70s, offers a rich variety of cakes and sweets, ranging from the famous Sacher Torte to the less know, but not least tasty, Malakoff or Esterházy cakes. 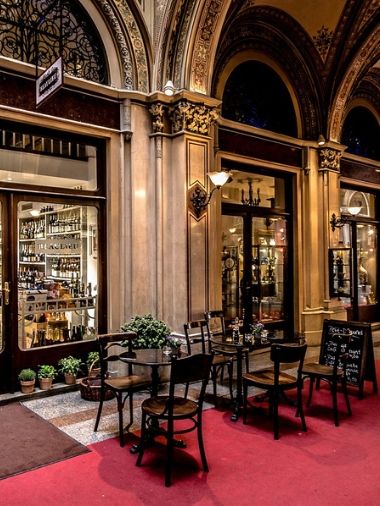 As a second option, live the fancy experience of Do&Co, and enjoy either a tasty steak, a succulent wok or just have a cocktail while staring at the uneven roofs of the city in one of the classiest restaurants of Vienna. The third option gives the opportunity to experience a piece of Jewish Vienna at Tachles, a Polish café in Leopoldstadt, the second district of Vienna, also known as the “Jewish district”. Famous for its pierogi with fillings ranging from meat, cheese to vegetables and its strong beers, the café offers a cozy place to relax, read or just observe life from a window inside a gloomy room. The picturesque Karmeliterplatz, which hosts the café, is only one of the many beautiful corners that characterize this mysterious and mystic district, where orthodox Jews walk silently next to bearded hipsters, elegant old Viennese couples, Muslim women wearing headscarves and international students. Dive into this spiritual district even more, walk on the main street Taborstraße and observe the golden tiles laid in front of the buildings, read the names of the many Jewish families who used to live there before being deported, inhale the feeling of sympathy that will overcome you and exhale respect for the past and hope for a better future. 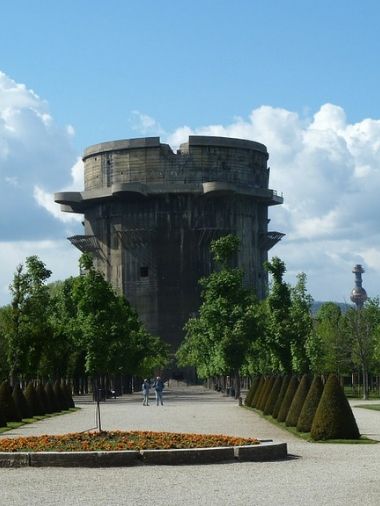 In the meanwhile, find yourself at the gates of Augarten, with its colorful roses and flak towers, two anti-aircraft bunkers which remind us that World War II is still not that far away. Now, pervaded by this feeling of introspection, visit Wiener Prater, the largest public park of the city with its Würstelprater, an amusement park that dates back to 1766, when Emperor Joseph II opened it to public, and its majestic Hauptallee, the main avenue, surrounded by chestnut trees and visited by sports affiliates and passionate walkers. After this delightful walk through the second district, another must see, especially in summer, is the Donaukanal, a former arm of the Danube River, which flows through the city and divides the first borough, the city center, from the second district. The chilly breeze of the night and the calming waves of the Danube will rock you into a both relaxing and exciting atmosphere made of bars, cafés and ruffled urban gardens. 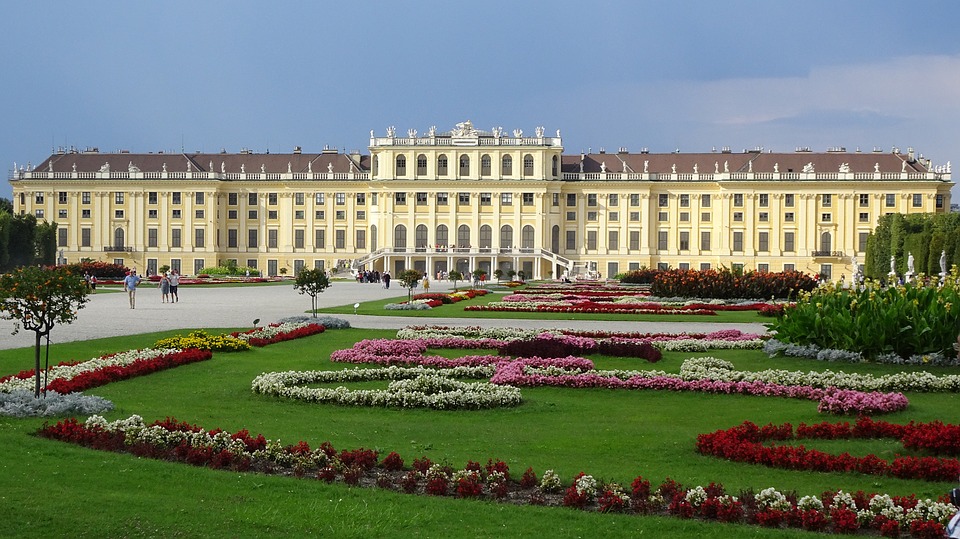 Talking of gardens, if you wish to have a walk on beautiful macadam pathways lined with neatly trimmed vegetation, fountains, and Roman ruins, visit Schloss Schönbrunn, the main summer residence of the Habsburg rulers. Monarchy enthusiast can visit the majestic apartments, while imagining living a life where classical wallpapers, golden armchairs and velvet curtains were natural. Continue your walk towards the Gloriette, an uphill pavilion, which offers a beautiful view over the castle and the city. Visit the Tiergarten Schönbrunn, founded in 1752, which is known as the oldest uninterruptedly operating zoo in the world and get lost while observing the numerous animals living there. 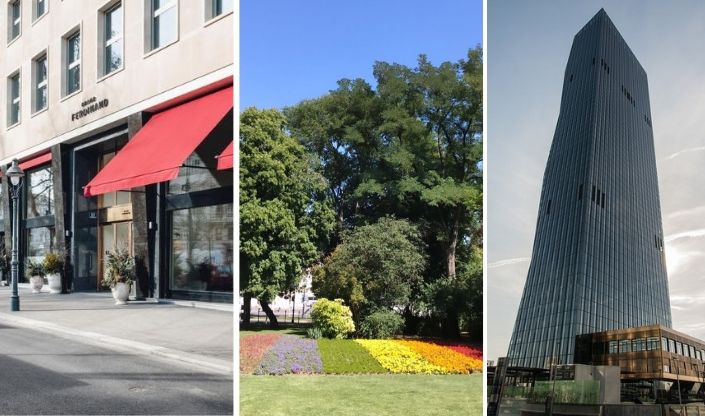 Take a rest at the bizarre Hotel Grand Ferdinand, with its horse figure at the entrance and the kitsch design of its Grand Étage dining room, which offers sumptuous brunches from September until May and tasty grill afternoons during summer. Have a swim in the roof top pool from where you can observe the city, while sipping a fruity cocktail and being embraced by the rosy light of the sunset.

With its ancient amusement parks and gardens, the glorious past and the endless monuments, the picturesque Fiaker and the old-fashioned manners of its inhabitants, Vienna struggles to keep up with more modern cities like Berlin or London. It is often referred to as being retro, boring or even sterile. However, the relationship with Vienna could be compared to a love at “second sight”: maybe you won’t get the feeling of an overwhelming passion and energy when you first visit it, but with some patience and endurance, this mysterious city will open up its most hidden corners to you and, then, you will never stop loving it.

By Xenia Durante, a local Viennese in love with her city.